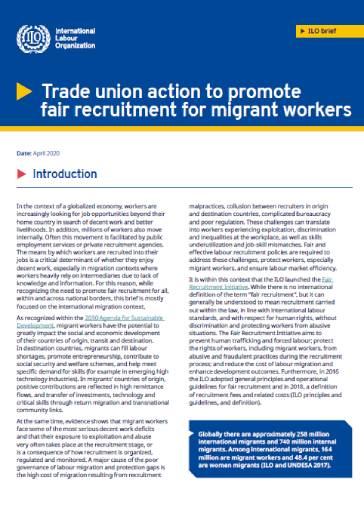 Go back to Library

While millions of workers migrate in search of a better life for themselves and their families, far too many are tricked by false promises made by unscrupulous recruitment agencies, including fake jobs, lower wages and unsafe working conditions. Some end up trapped in forced labour and other forms of modern slavery.

A new web platform has been launched to help protect migrant workers from abusive employment practices by providing them with peer-to-peer reviews about recruitment agencies in their country of origin and destination.

The Recruitment Advisor  platform developed by the International Trade Union Confederation (ITUC), with support from the ILO Fair Recruitment initiative , lists thousands of agencies in Nepal, the Philippines and Indonesia.

The platform allows workers to comment on their experiences, rate the recruitment agencies and learn about their rights. Initially available in English, Indonesian, Nepali and Tagalog, it will be further developed in more languages.

Governments provided the list of licensed agencies, and a network of trade unions and civil society organizations  in all target countries ensures the sustainability of the platform by reaching out to workers. Ultimately the system will promote recruiters who follow a fair recruitment process, based on the ILO’s General Principles and Operational Guidelines for Fair Recruitment, and will provide useful feedback to governments regarding the practices of licensed recruitment agencies, which could be used to complement more traditional monitoring systems.

Recruitment is a critical stage when migrant workers are more vulnerable to abuse. “Unscrupulous recruitment agencies take advantage of the lack of law enforcement by governments or because workers are simply not aware of their rights,” says ITUC General Secretary, Sharan Burrow. “It’s time to put power back into workers’ hands to rate the recruitment agencies and show whether their promises of jobs and wages are delivered.”

Typically, many workers are not aware that they should not pay recruitment fees to get a job. This principle is key and has been listed as one of the ILO principles to ensure fair recruitment.

“This platform can help migrant workers make critical choices at the time of planning their journey to work in a foreign country. We know that when a worker is recruited fairly, the risk of ending in forced labour is drastically reduced,” says ILO technical specialist Alix Nasri. “We strongly encourage workers to share their experiences so others can learn from them. A critical mass of reviews is needed for the platform to be really helpful for migrants.” 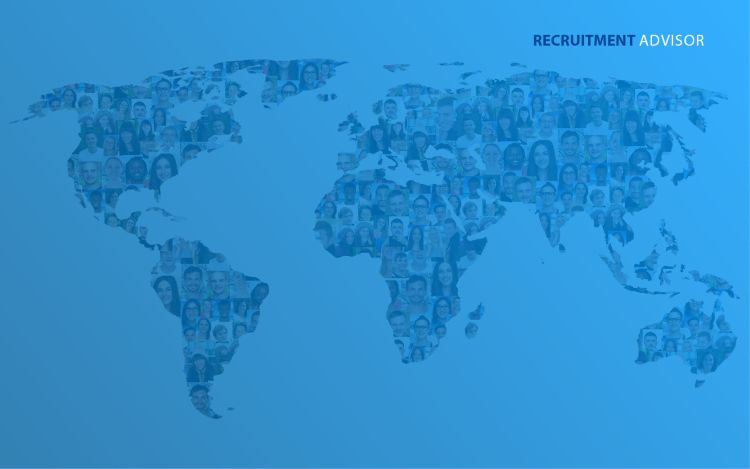 Go back to Library

See All Forum Topics
Go Back